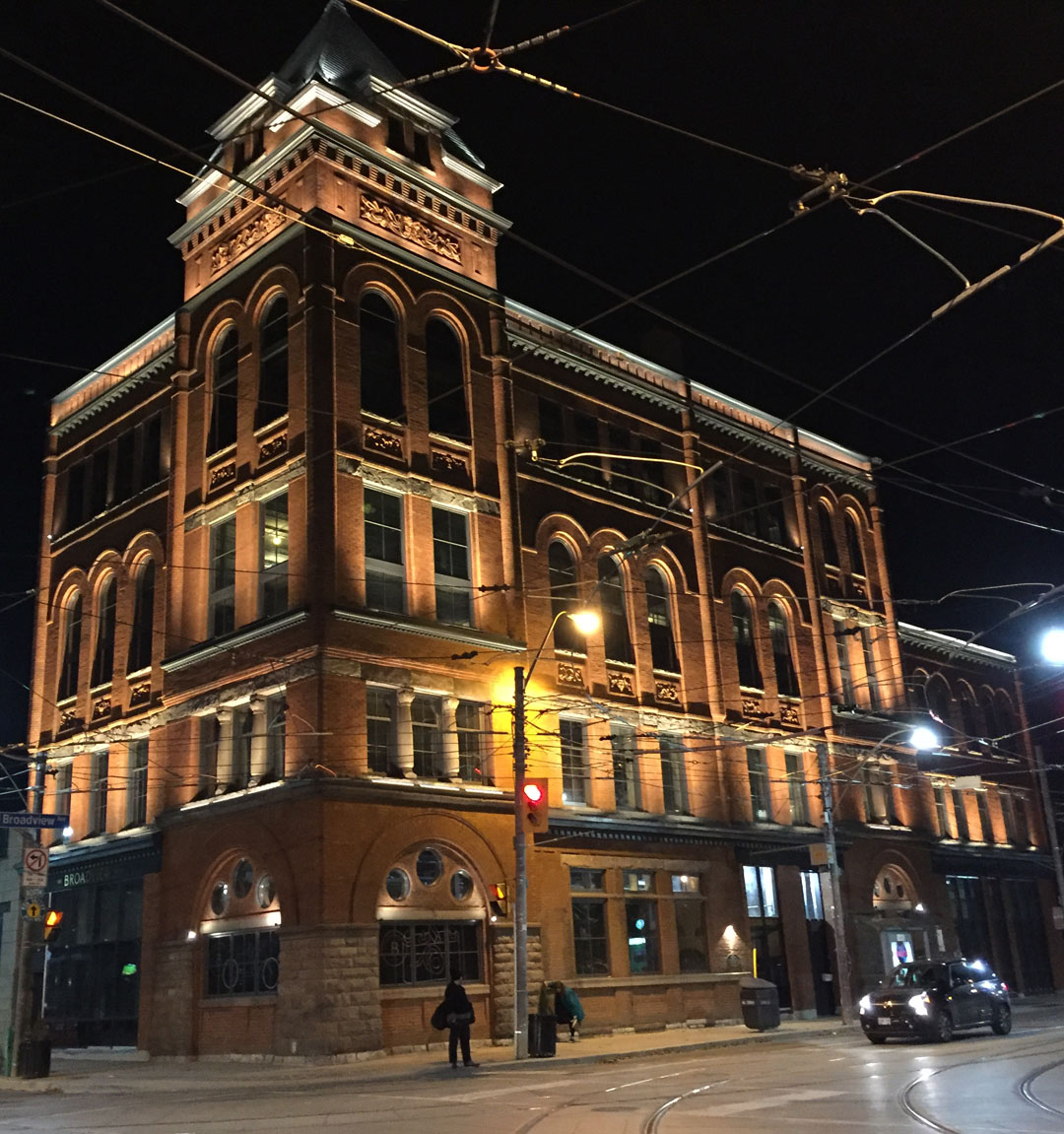 Riverside also known as South Riverdale is shared with the better known neighbourhood, Leslieville as a sub-neighbourhood. This pocket is small but leaves a big impression unlike the larger Leslieville. At one point this area was frowned upon for its dodgy bars and lack luster amenities and overall condition. In the last 10 years this pocket has come a long way and some would say has surpassed Leslieville and is the more popular spot. A lot of change has come to this community, with the assistance from builders Streetcar, Brad Lamb and others, the neighbourhood boasts new condominiums, restaurants and the highlight in recent years, the now fully restored Broadview hotel. 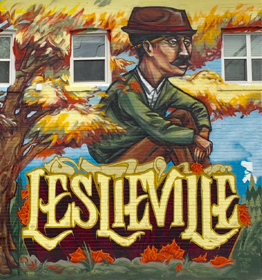 Leslieville is probably the most talked about neighbourhood in the east side of Toronto. Named after the late George Leslie (1804-1893) a local Gardener, Leslieville began as a small village in the 1850’s and inhabited by mainly gardeners or brickwork employees from the general area. Over the years the industries had changed from organic industries to chemical based such as Tanneries, leaving the lands contaminated with all kinds of toxins. As the city began to grow the infrastructure had changed again and with an ever growing population, it should come to no surprise that so did Leslieville. Being the least desirable neighbourhood it was very clear to see why it would change so quickly. Since 2003 properties have essentially gone up 500% (2018)
Shared with the neighbour ‘Riverside’, both sub-neighbours of South Riverdale have grown significantly over the years and condominiums are being built anywhere city councilors will approve an application. 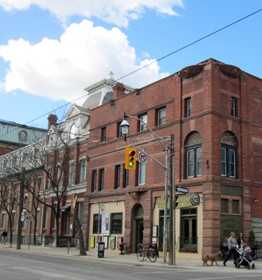 The Corktown neighbourhood was known as an Irish ethnic enclave, particularly for Irish emigrants from County Cork. Although some believe the name was derived from the distilleries and breweries that made up a bulk of the industry in the neighbourhood. There is a lot of history in this neighbourhood dating as far back as 1822 where the first Roman Catholic church in Toronto was founded the St. James Cathedral. During that time the Cathedral would charge lofty pew rents causing Protestants to build their own church and this lead to the construction of Little Trinity Church, which is now Toronto’s oldest church building, having its corner stone laid on July 20, 1843.
A bulk of this neighbourhood was expropriated to make way for infrastructure improvements such as the Richmond Street off ramp from the Don Valley Parkway and the Eastern Avenue overpass. 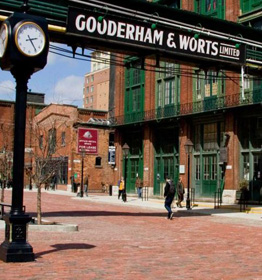 Founded in 1832 by Gooderham and Worts, this neighbourhood was known globally for their mass production and export of their Whiskey, by the late 1860’s they were the largest Whiskey producers in the world. Soon after the boom the company was bought out by Hiram Walker Co. During this period they would produce over 2 million gallons, mostly for export around the globe. The location was ideal as it was connected to rail and to the portlands making it easy for distrubtion. By the late 20th century, with the deindustrialization of the surrounding area the distillery started winding-down, leaving the building derelict for decades, resulting in some of the buildings being demolished.

In 2001 the site was purchased by a development company, Cityscape holdings Inc., which transformed the district into a pedestrian-oriented area. With this new development came a lot of welcoming changes to the neighbourhood, a historical site that maintained the character while injecting life into the district by incorporating, restaurants, a theater and new condo developments. 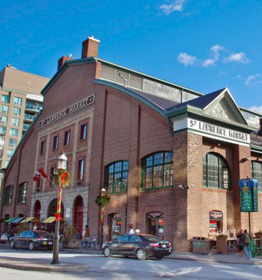 This is where it all started, the town of York, founded in 1793, constructed the first Upper Canada buildings on the southwest corner of Parliament and Front streets. The buildings are long gone, having been destroyed by American troops during the War of 1812.

In 1834, Toronto's first city hall was built on the southwest corner of King St. East & Jarvis St. at the old 'Market' building from 1834 (the year of Toronto's incorporation from the former town of York) to 1844. This building was damaged during the great fire of 1849 and replaced with the grandiose St. Lawrence Hall and north section of the market, referred to today as the 'North Market'.

Since 1803 a Saturday farmer’s market began operation on the southwest corner of Front St. East & Jarvis St. at the Old ‘Market’ and still resides there today, however the north building which used to operate a farmer’s market on Saturday has since been demolished making way for a new 5 storey commercial building that has been delayed due to archaeological findings. 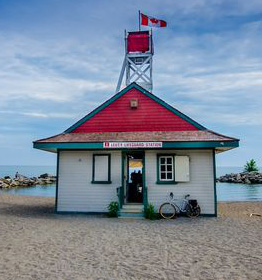 Appropriately named, ‘The Beaches’ is a neighbourhood that reflects the 4 different sections of the much larger beach. The actual beach starts from Woodbine Park in the west to the R.C. Harris water treatment plant in the east at Victoria Park. This family friendly neighbourhood’s streets are lined with semi-detached and large-scale Victorian, Edwardian and new style houses. There are also a few low rise apartment buildings and over the last few years there has been a rise of condominium projects being built.

In addition to the safe surroundings of the neighbourhood, the ever changing Queen street strip is constantly changing with the times and has witnessed many businesses come and go as the neighbourhood tends to lean toward Mom and Pop like restaurants that struggle to stay afloat. With all the new development taking place it will come to no surprise that the times are changing. One thing that hasn’t changed much over the years in the beach is the annual Jazz festival, that some area residents either love it or hate it, but life’s a beach. 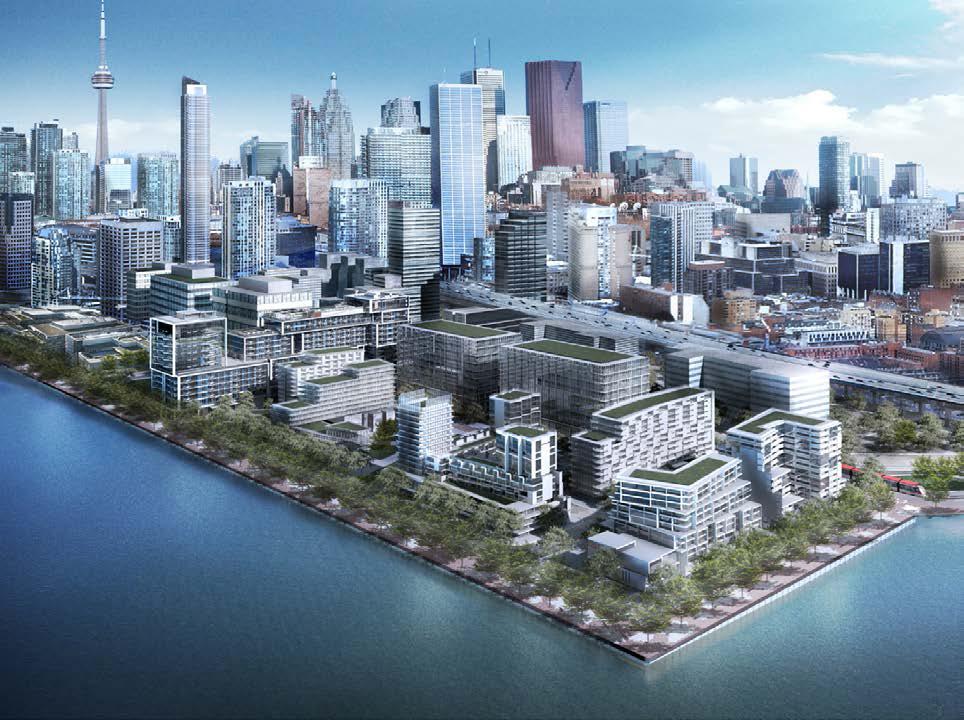 Bayside formally known as ‘Bayfront’ was previously an industrial waterfront area, with the only well known business that still remains is the Red Path sugar processing plant that dates back to 1958 and is still processing sugar till current day. Ships travel from the Caribbean carrying this sweet goodness through the St Lawrence Seaway into Lake Ontario and then dock at the processing plant adjacent to the appropriately named ‘Sugar Beach’ (an infill project with no actual swimming allowed for obvious reasons). These ships have deep hauls and bring in tons of sugar which is offloaded into the plant by a crane type system that’s integrated into the building.

The rest of the water front in the east harbour is currently under development with Great Gulf, Tridel, Daniels and soon Google will be entering the game to finish off the rest of this derelict portion of the water front with their project ‘Quayside’. This is an exciting time to be a part of the city, so much change is taking place and having a company like Google implementing a smart infrastructure goes to show the world Toronto is the place to be. 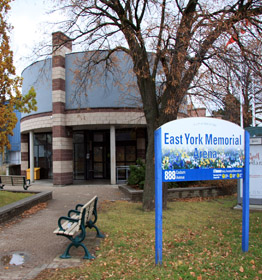 East York, formally the Borough of East York is a former municipality within the City of Toronto, Ontario, Canada. It was a semi-autonomous borough within the overall municipality of Metropolitan Toronto until 1998, when it was amalgamated into the new "megacity" of Toronto. Before the amalgamation, it was Canada's only borough.

It is separated by the Don River from the former City of Toronto. Traditional East York is southeast of the river, and the neighbourhoods of Leaside, Bennington Heights and densely populated Thorncliffe Park are northwest of the river. The heart of East York is filled with middle-class and working-class homes, with extensive high-rise developments along peripheral major streets and in Crescent Town and Thorncliffe Park. 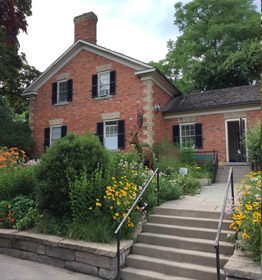 Cabbagetown formally known as ‘Don Vale’ has come a long way. Dating back to the 1840’s this neighbourhood was your typical working class society and was later absorbed into the city. It became home to Irish inhabitants who were employed in the industries along the lake shore to the south in Corktown. Brick Victorian style houses were built throughout the area. The name Cabbagetown purportedly came from stories of new Irish immigrants digging up their front lawns and growing Cabbage. The neighbourhood reached its peak of prosperity just before WWI, which is from when most of the brick homes date. After the war the area became increasingly impoverished. The area became later known as one of ‘Toronto’s greatest slum’ and much of the original Cabbagetown was torn down to make way for Toronto’s Regent Park. The remaining portion to the north, then still known as Don Vale was saved and retained the name Cabbagetown to reflect its roots and culture of the neighbourhood. 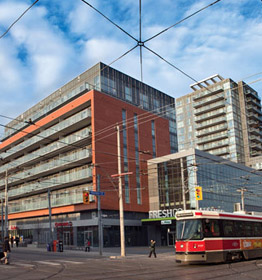 The failed Government housing project that has been reborn with a new injection of life, social reform and promise. Long are the days of Government assisted social housing, the new development boasts a more diverse community, with an increased density resulting in a diluted social assistance platform, offering a better quality of life program for those less fortunate. Previously this neighbourhood was closed off to the rest of Toronto and offered no through streets and 100% social housing, isolating it from the rest of the city. The new neighbourhood is open, lots of through traffic, dedicated condominium ownership buildings and mixed rental properties. The amenities are plentiful, parks, an aquatic centre, recreation centre, ice rink, many restaurants and close to downtown. 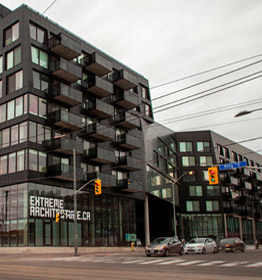 More of an infill/rehabilitation project to the west Don Lands, this neighbourhood was developed by Urban Capital. The vision was to build a master planned community that would reshape the landscape and bring this old industrial site into the 21st century and they’re doing just that. The lands formally an industrial site served as dumping ground to Gooderham and Worts and was also used to keep live stock, but after prolonged use as such the site had become contaminated and subsequently shut down. Much like the Distillery District this location sat vacant for many years, and also served as a cement plant at some point prior to the clean up and redevelopment over the last decade. With a joint effort by Urban Capital and Dundee/Kilmer this neighbourhood is looking great. 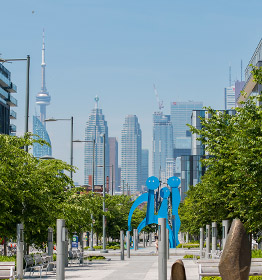 Canary District, coined after the old Canary restaurant on Cherry Street, is a 36 acre master planned community that is still under construction. The original 2 buildings, Canary Park and Canary District were used initially to house the athletes of the Pan-Am games in 2015 and the units were later finished and occupied by their respective owners. The lands formally an industrial site served as dumping ground to Gooderham and Worts and was also used to keep live stock, but after prolonged use as such the site had become contaminated and subsequently shut down. Much like the Distillery District this location sat vacant for many years. In addition to the condo development that is taking place there has been an extension to Front Street, the Front Street promenade, which offers, restaurants and retail focusing on healthy living. 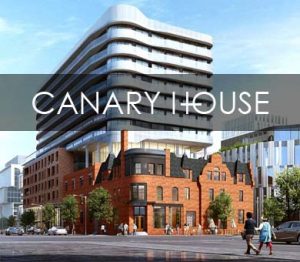